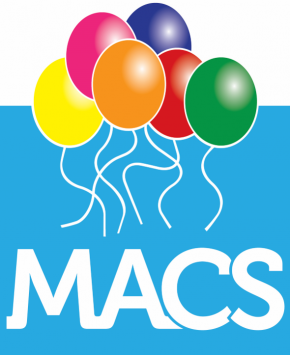 I only recently became aware of MACs Charity. They support people born with MACs conditions (Microphthalmia, Anophthalmia and Coloboma) and their families by providing emotional and peer support, financial assistance, confidence building and funding for research. Having been born with Bilateral Microphthalmia I was intrigued so I contacted them and had lovely chat with one of their staff; I hope to join the charity as a member now.

As it is MACs Awareness Week I thought it would be good to share my story of living with Microphthalmia.

Microphthalmia, which literally means 'small eye' is a condition where children can be born with small and underdeveloped eyes 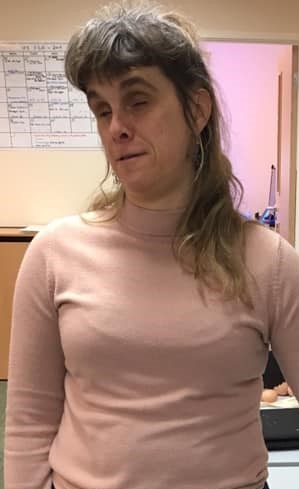 and it can affect just one or both eyes. In my case it affected both and I also had cysts on them. However a wonderful surgeon, Mr Strong, of what was then called the Princess Margaret Hospital in Swindon, was able to remove them and save some of my vision; it is likely most other surgeons would have just removed my eyes.

I had some useful residual vision when I was a child and young person: I was able to steer my trike around the garden, see colours clearly, read very large thick, black print letter by letter slowly, and, when I was just two years old, I managed to walk out of our front gate, down a flight of steps and take a walk along the main road before a neighbour came to rescue me!

I had low acuity, which meant I was able to see that there were things around me but couldn’t work out detail, so I could tell that there was a table nearby with things on but not what they were. My vision was clear, not blurred in any way.

This all changed when I was 25 and developed a cataract on my right eye. This was removed 3 years later. Unfortunately, one then appeared on the left eye but couldn’t be removed as the retina had also detached. The cornea in my right eye has now begun to become opaque so I can hardly see colour, or anything else, at all.  I do have light perception and the ability to see outlines still.

Living with Microphthalmia can be frustrating because people can tell I have a visual impairment immediately, because of my small, deep set eyes, and often try to talk to me as if my brain is shrunken as well! It can be an advantage, though, because I can never be accused of pretending to have a disability.

Living with any kind of sight loss is never easy and I would be a rich woman now if I could have had a pound for every time someone said to me, “Well, if you’ve never had much sight, it can’t be as bad as losing it.”

It’s not better or worse – it’s different. For example, people who have never had much vision have to have a lot more things explained to them: I only found out five years ago that a roundabout was a physical structure in the road, I thought it was painted on until a friend used a toy car and a dinner plate to show me otherwise.

Living with severe sight loss means that the way one goes about life is different to that of most people and tasks usually take a lot longer to accomplish and such things as outings and holidays take a lot more planning.

Trying to find employment had been a difficult journey for me (a story for another time perhaps), but for almost four years now I have been working in a full-time, paid position as Volunteer Supervisor for BucksVision. I recruit and train volunteers to be matched with people who need help to read their mail, take them shopping, or visit them at home for a chat, and I do whatever else I can to support our small, friendly team. I look forward to when our service can fully begin again.